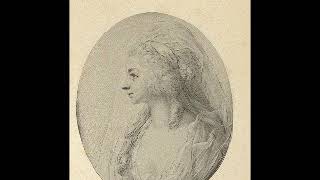 In Sara Levy's Salon: Guest Post for the Hadassah-Brandeis Institute

From the program booklet for "In Sara Levy's Salon"

The recording "In Sara Levy's Salon" contains a long program booklet. The following is an excerpt that helps to explain the significance of this remarkable musical woman:

On Sara Levy’s Life and Significance

Sara Levy (1761–1854) was one of fifteen children born to Daniel and Miriam Itzig, among the most influential and wealthiest Jews in 18th-century Prussia. Daniel received special status as a “court Jew” to Frederick the Great, and his children benefited from his position. Along with her siblings, the young Sara received the finest musical education available. By 1774 she was studying harpsichord with no less a teacher than Wilhelm Friedemann Bach (1710–1784), eldest son of Johann Sebastian Bach (1685–1750). Under the tutelage of Friedemann, she exceeded the expectations of women of her age as musicians. Whereas the many “Ladies’ Sonatas” published during the 18th century suggest that women were generally seen as capable of playing only very simple pieces, accounts of Levy’s performances, along with the documentary evidence from her collection of manuscripts and printed scores, suggest that she was an extremely capable performer with eclectic tastes.

In an age when most musicians were concerned only with the latest, most up-to-date musical styles, Levy displayed a concern for the past. In this respect she had a model in the Princess Anna Amalia (1723–1787), sister to King Frederick the Great of Prussia (1712–1786). Frederick’s court, once the center of musical activities in Berlin, experienced a cultural decline after the Seven Years’ War; in its place, Anna Amalia’s home acquired an important status. Trained in the Bach tradition, the princess perpetuated it within her house concerts and her collection of musical scores.

In this respect, Levy’s salon was closer to Anna Amalia’s than to the salons hosted by some 17 other Jewish women in Berlin in the years around 1800. While many of those salon hostesses were trained in music, Levy’s home was distinctive for the musical focus of the gatherings that she convened there. Levy played with her husband, Samuel Salomon Levy (1760–1806), who was a flutist; this accounts for the very high number of works including flute that she collected. Her sisters were keyboardists; foremost amount them were Bella Salomon (1749–1824, later grandmother to Felix and Fanny Mendelssohn), Fanny von Arnstein, (1758–1818, who established a popular salon in her adopted home of Vienna), and Tzippora Wulff (1760–1836, later Cäcilie von Eskeles, who likewise moved to Vienna). It is likely that Sara played keyboard duos as well as double- and triple-concertos with them in her Berlin home. They could easily have fit an orchestra in their enormous home at the corner of Burgstrasse and Neue Friedrichstrasse, later the site of the Berlin stock exchange. And Levy did not only perform in her home; she participated in concerts at the homes of other Berlin residents, and, after the death of her husband and during the French occupation of Berlin, she played concertos by J. S. Bach publicly at the Sing-Akademie zu Berlin, a bourgeois choral society directed by Carl Friedrich Zelter (1758–1832).

It was to Zelter and the Sing-Akademie that Levy donated the majority of her remarkable collection of musical scores when she retired from performing around 1815. The scores that she marked with her distinctive stamp reading “SSLevi­” (for “Samuel and Sara Levy”) are those that we know about, and they number nearly 500. Others, we must assume, are lost or were never stamped with her name.

Sara Levy’s interest in the Bach tradition had lasting effects. Felix Mendelssohn, whose performance of J. S. Bach’s St. Matthew Passion at the Sing-Akademie in 1829 set off the popular “Bach revival” in Germany, likely never heard his great-aunt play in public; yet his interest in Bach was clearly sparked by a family tradition, shared by Sara’s sister and his grandmother, Bella Salomon. Through his connection with the Sing-Akademie and Zelter, who was also Mendelssohn’s teacher, it is likely that Felix encountered many of the scores that Levy had once owned.

The scores, too, had a strange afterlife: Levy’s collection, along with the rest of the collection of the Sing-Akademie, was squirreled away during World War II by the Nazis. At the end of the war, the collection was appropriated by the victorious Soviet Union, and sent into exile as the spoils from a conquered Berlin (Wolff 2001). For decades the collection was considered lost: its musical contents could not be studied, and what remained of the collection of Sara Levy were only a handful of sources in other libraries. After the collapse of the Soviet Union, however, rumors began to proliferate that the archive of the Sing-Akademie might yet be found, in a vault in Kiev. It was thanks to the diplomacy of a team of musicologists including Christoph Wolff that the archive was rediscovered and, ultimately, repatriated to the State Library of Berlin. Its contents have been catalogued and documented—indeed, it preserves numerous important works that would otherwise have been lost—but their broader significance for musical and religious culture in the decades around 1800 have yet to be fully understood.

Check out this related blog post on "The Avid Listener," edited by Andrew Dell'Antonio and Felicia Miyakawa.